WASHINGTON—U.S Senator Dan Sullivan (R-Alaska) today introduced the Investor Democracy is Expected (INDEX) Act to address problems stemming from the consolidated corporate ownership and voting power within Wall Street’s largest investment advisers and their index funds. With passive investing exploding in popularity over the past two decades, these firms have quietly become the largest owners in almost all public U.S. companies. As such, they are able to leverage the investments of millions of index fund investors into the dominant voting bloc at shareholder meetings.

The INDEX Act would require investment advisors of passively-managed funds to vote proxies in accordance with the instructions of fund investors—not at the discretion of the adviser. The adviser would be responsible for passing through the proxies, collecting the instructions, and dutifully voting according to the investors’ wishes. Deconsolidating this voting power will neutralize the dominance of these investment advisers and foster a healthier, more competitive, and more democratic corporate governance ecosystem.

“The American people deserve the opportunity to vote on behalf of their investments, including those made in index funds. Massive Wall Street firms should not be able to coopt this voting power to essentially control our entire public market.” Sen. Sullivan said. “Currently, the three largest investment advisers vote nearly one-quarter of all shares cast at annual meetings, and are the largest shareholders in over 90 percent of S&P 500 companies. The INDEX Act would correct this extreme market distortion by simply requiring that the power to vote shares resides with the fund investors, not the advisers. This would democratize corporate governance and largely eliminate the influence that these firms wield at shareholder meetings, often to push political agendas. It would also remove these firms as a gateway for special interest groups who push radical agendas through corporate governance that they could not otherwise achieve through the traditional political process.”

“In recent years, a small handful of large index fund managers have used a quirk in securities law to vote shares purchased with other people’s money,” said Sen. Toomey. “The INDEX Act returns voting power to the real shareholders — retail investors who put their own money at risk. Further democratizing investing and diminishing the consolidation of corporate voting power are concepts members of both parties should get behind.” 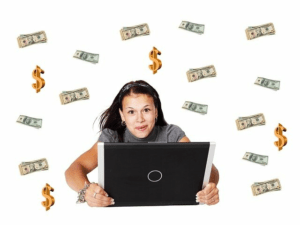